The Curious Case of an Eye Cancer Cluster 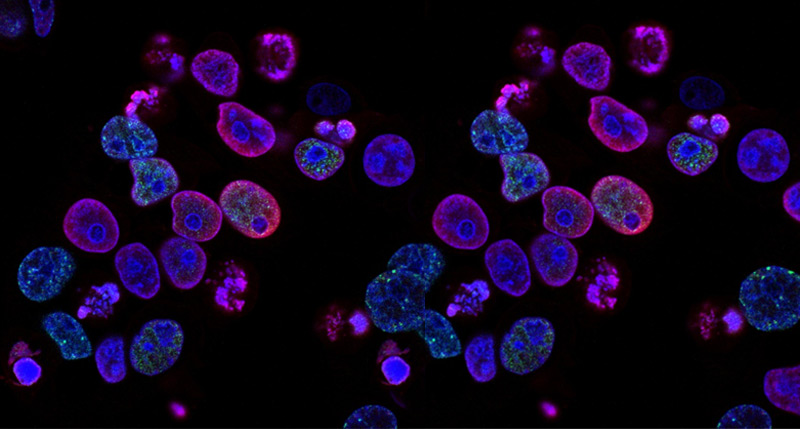 In our most recent post, we explored the rare diagnosis of eye cancer—specifically ocular melanoma, which occurs in about 5 people out of a million. That’s around 2,000-2,500 cases diagnosed per year in the US.

Eye cancer is very rare. It’s not unheard of for an optometrist to see thousands of patients per year for decades without diagnosing a case. However, there are risk factors that raise the likelihood of developing this uncommon type of cancer. These include:

The rarity of this specific type of cancer is why it’s incredibly unusual that 22 people have been diagnosed with ocular melanoma in the Huntersville, NC area—a suburb of Charlotte—since 2009.

And, while the majority of people diagnosed with ocular melanoma skew male and over age 50, a high percentage of the cancers diagnosed in the Huntersville, NC area have been discovered in young women. Nine of the first 12 victims were female, with 6 of those being under the age of 30 when they were diagnosed. At least four of the 22 have died.

Local authorities have made concerted efforts to discover a common thread among the victims, in hopes of pinpointing an environmental factor that may have played a role in their development of this serious form of cancer. At least four of the patients lived near or attended the same high school: Hopewell High School. However, ocular melanoma doesn’t currently have a proven environmental cause and there has not been a common cause found despite years of research and investigation.

The town’s commissioners have performed in-depth studies, including a formal GeoSpatial Investigation,  in an attempt to discover a common cause. This study explored the victim’s lives to look for common occurrences of specific exposures across time and location—perhaps where they lived or worked. They’ve also conducted genetic testing in an attempt to discover whether the victims were genetically predisposed to the cancer.

So far there aren’t any answers.

The results of soil and water tests in the areas where the patients lived and worked were inconclusive. While there were some toxic materials released into the air and water in the Huntersville area, none were discovered to be correlated with ocular melanoma.

An Additional “Cluster” Discovered in Alabama

In addition to the unusually high occurrence of ocular melanoma diagnoses in Huntersville, NC, another area of the country is suffering a similar situation around Auburn University in Alabama. In the Auburn area, as many as 38 people who either attended the university or worked at the university between 1983 and 2001 were diagnosed. Once again, many were young women when they discovered they had the disease—which is not the typical patient profile for ocular melanoma.

“There’s one patient in particular [in Auburn] — the first time she told us her two college roommates also had this rare cancer, that piqued our interest,” said Dr. Marlana Orloff, Medical Oncologist, in a WLTZ news report from February 2018.  “If she had said my two college roommates had breast cancer, that’s a more common cancer. When you’re talking about Ocular Melanoma, especially because the median age for that cancer is 60 and this is affecting younger women, it causes you to think twice about what’s going on.”

The Alabama Department of Public Health made a determination that the number of cases related to the Auburn area did not constitute an official “cancer cluster.” Regardless of this official determination, Auburn is continuing to support research and efforts made to identify the cause of this unusually high number of diagnosed ocular melanoma cases in former employees and students.

While the lack of answers around the unusually high numbers of ocular melanoma cases diagnosed in both Huntersville, NC and Auburn, AL, is frustrating, investigations are continuing and hopefully, in the future, answers will emerge.

Until then, the most important step people can take to diagnose this aggressive type of cancer early is to visit your optometrist annually for a comprehensive eye exam that includes dilation so that your optometrist can thoroughly examine your eyes for signs of ocular melanoma.